Fidèle is 32 years old and spends his days driving his motorcycle in the streets of Cotonou, Benin. Being a Zemidjan – motorcycle taxis driver is his livelihood, but deep down, he dreams of one day being able to make a living from his music. He tries to save money so he can record his songs. He had predicted that within a year he would have reached his goal, but five years later, it is clear that he still has his yellow Zem vest on his back.  “If I have cash in my pocket, it is dangerous, and I spend it all. Sometimes I lose it, or dishonest customers steal it from me. That’s why it is so hard to save.” Unfortunately,  Fidèle is not alone in this situation; the 250,000 Zemidjans of Cotonou would all have similar stories to tell. In this sense, there is enormous potential to make life easier for the Zemidjans,  by including them more centrally in the digital economy.  Moving from cash to digital requires a real change of attitudes,  habits and behaviours. “As long as people continue to pay me in cash, I will spend cash, and nothing will change.”

When we started working with UNCDF in Benin in 2015, digital financial services were just emerging, with a few initiatives, limited awareness, and an idea of the digital ecosystem needed, but yet to be built. At the time, less than 15% of the population had an electronic money account, but mobile density was more than 85%.

These conditions seemed ripe for the development of the digital ecosystem, but Fidèle made us understand that we would have to be bold if we sought to change behaviour. This audaciousness was abundant in the corporate culture of  MTN, Benin’s leading mobile network.which is committed to being “at  the forefront of providing a bold new digital world to (its) customers.”

But even with such a courageous partner, we found that we needed to turn the problem upside down. Instead of focusing on the product, we targeted the people we wanted to serve: The Zemidjans. In Benin, Zemidjans are ‘drivers’ of both motorcycle taxis and trends. They are aware of the latest news and circulate it. Our opportunity was to create an ecosystem around the Zemidjans, using Mobile Money as a solution to the specific challenges they face.  A) The security challenges – addressed by the implementation of digital payment. B) The challenges of the lack of means to achieve their ambitions – addressed by the digital tontine. The idea was to convince the Zemidjans to use Mobile Money and for them to become drivers for the population to adopt it as well.

Building a digital ecosystem does not happen overnight. The collaboration between MTN, UNCDF, Innate Motion and PHB  spanned more than two years, covering a wide range of activities,  from research to prototyping of digital solutions, from the definition of business models to that of an adapted communication campaign, from training to pilot testing of the developed solutions.

The real catalyst throughout this project is the “Human-centered” approach used. Together with our partners and business humanizers at Innate Motion, we went to meet the Zemidjans, their customers and their suppliers (gas stations, small restaurateurs and mechanics). We sought to understand their reality and define a reliable and relevant human vision of what MTN can bring to the Zemidjans. This allowed us to identify their needs to take charge of their lives, and use it as a cultural driver for the adoption of digital financial services.  Throughout the project, we systematically referred to the insights and aspirations of Fidele to move forward.

We have to be cautious! “Human-Centered” doesn’t necessarily mean everything will be smooth – challenges fell like rain. On the one hand, the first NFC boxes for merchant payments were not working properly, and this discouraged the Zemidjans and their customers; value propositions also had to be adjusted to incorporate more short-term benefits for the  Zemidjans;  finally, the pilot’s limited size (about 200  Zemidjans, called “Zems Chocos”)  was not significant enough to have a domino effect on the wider population.

At the same time, these challenges are what have allowed us to improve and move forward. In the end, two digital solutions could be developed and tested in the pilot phase: (1) a merchant payment solution using NFC technology and (2) a mobile application for collecting and disbursing savings.

Making an impact at scale

The two pilots, which lasted one year and six months respectively, provided an opportunity to measure the strategic results of the project. In total,  226 Zems participated in the pilot and used mobile money to be paid by their customers and to pay their suppliers. They completed more than 3200 transactions. The feedback gathered have improved both the technical solution and the value proposition.  The digital tontine pilot involved 13 savings groups (115 savers) who tested the application during one full cycle.  The renewal rate after this cycle was  100%, and the Zems Chocos feedback helped improve the application design as well as the user experience.  These pilots laid the foundation for the construction of the digital ecosystem in Benin, including (1)  Zems as brand ambassadors and drivers of digital payments growing awareness of digital payments ; (2)  the implementation of NFC and QR code solutions for mobile payments at the national level with customers using mobile money for payments among a network of more than 2000 merchants (3) the deployment of a digital tontine application at the national level.

By 2019 UNCDF could see a more mature digitial ecosystem, with usage rates of digital financial services increasing from 18% to 40% between 2017 and 2019. Benin has now risen to pole position in terms of active mobile money accounts within the UEMOA zone and has succeeded in extending its range of services beyond first-generation products (deposits/withdrawals) to integrate business and government payments.

A special thanks go to our impact makers  Hermann and  Jamelino, and long live the Zems Chocos! 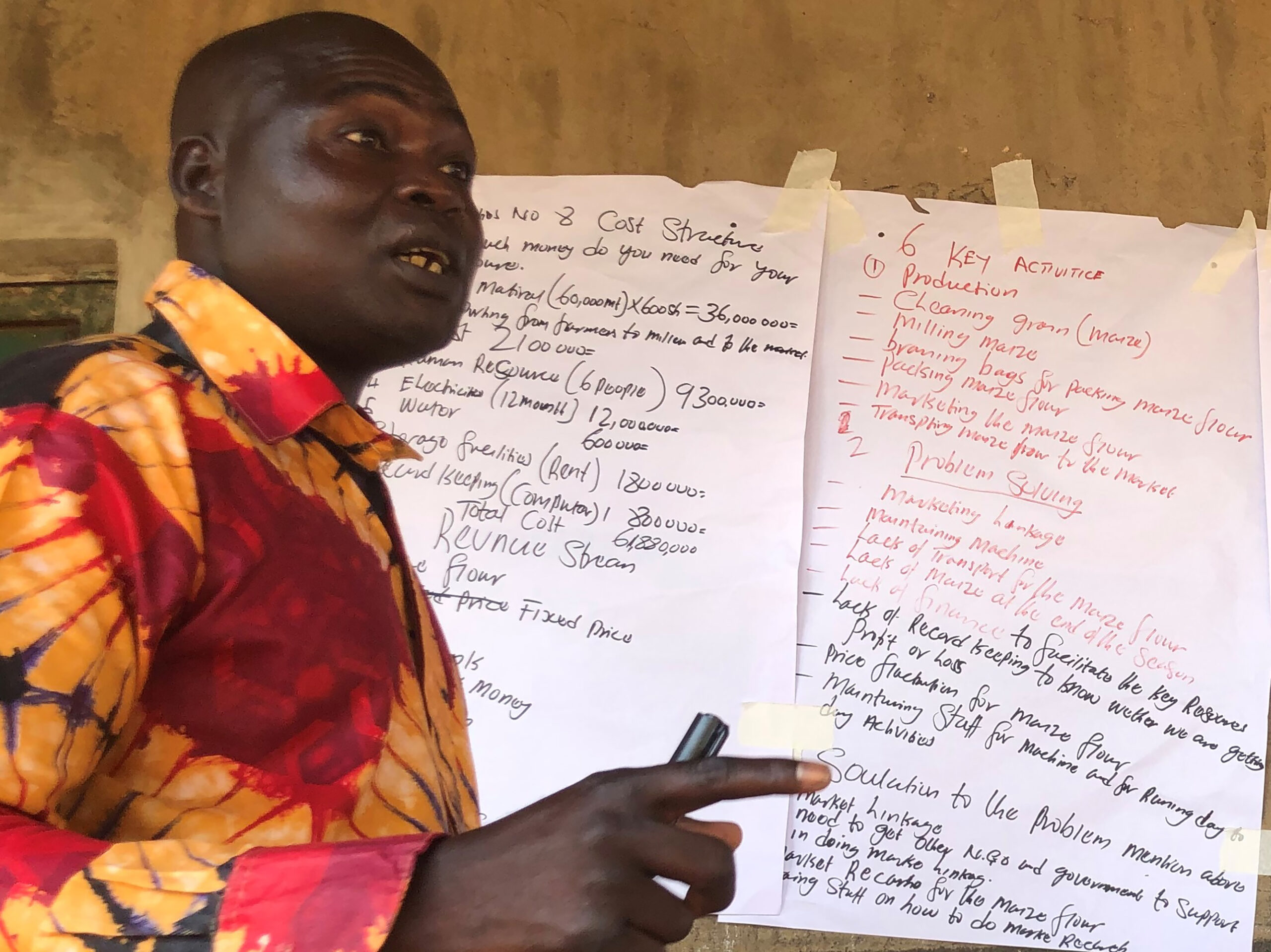